Greatest wrestler of all time: Shawn Michaels or John Cena? | The Tylt

Greatest wrestler of all time: Shawn Michaels or John Cena?

The WWE has had some legendary performers step into the squared circle. We at The Tylt want to know who you think is the greatest professional wrestler ever! In this matchup, we have Shawn Michaels and John Cena. Michaels was one of the most emotive wrestlers whose passion was beyond question. Cena was the hero the WWE needed in and out of the ring. Who was better? 🤼

This matchup features Shawn Michaels and John Cena. Michaels dominated Roddy Piper in the first round by grabbing 64.3 percent of the vote. He then pinned "Macho Man" Randy Savage by a margin of 8.2 percent of the vote to advance to the final four wrestlers.

Cena escaped the opening round against Sting getting 56.4 percent of votes. He then went toe to toe with Ric Flair and came out victorious with 59 percent of the vote in a back and forth match. But who will win this battle? 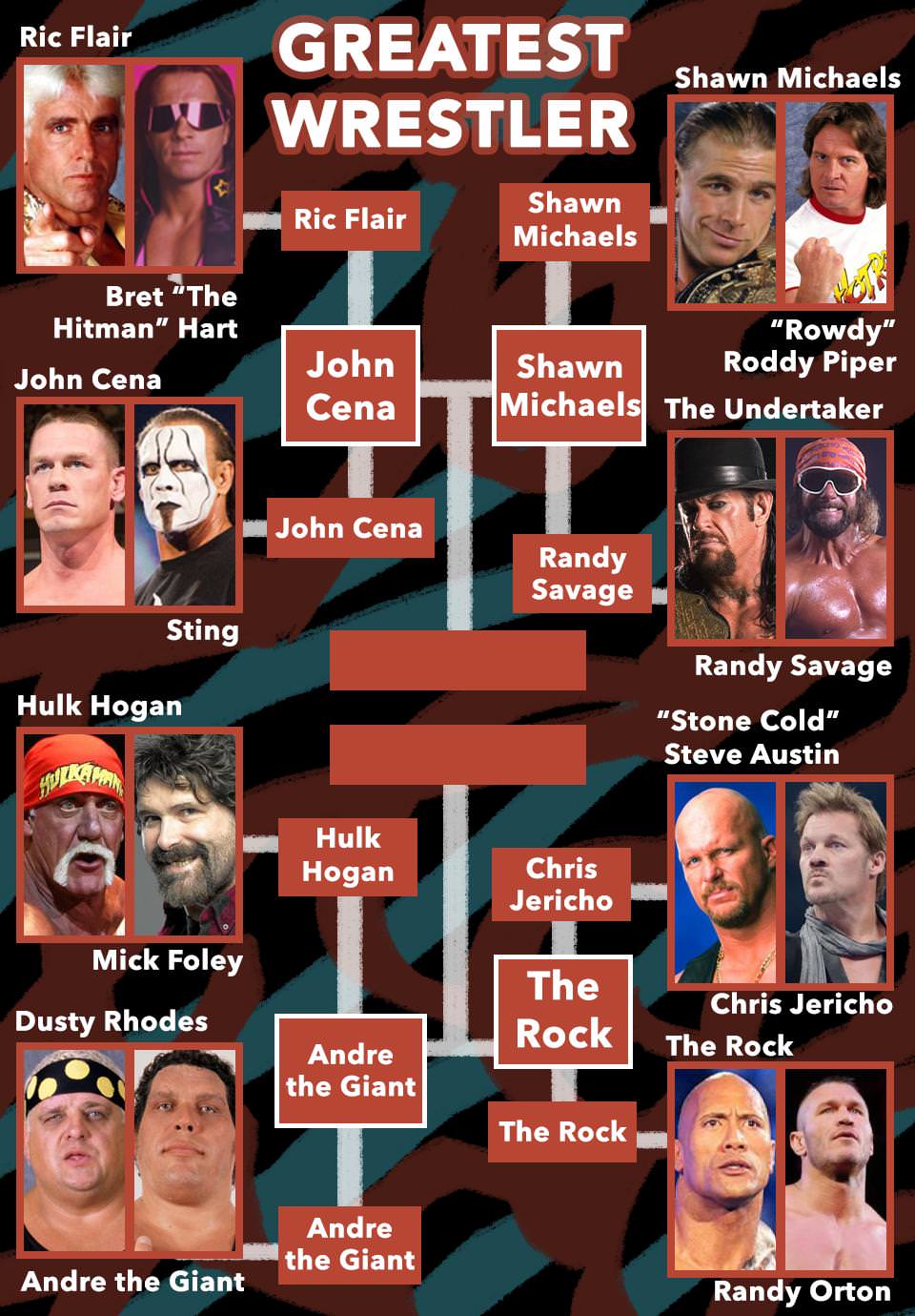 Cena made a name for himself in the ring, but it is his work out of the ring that makes him a real hero. He has granted more Make-A-Wish Foundation wishes than anyone in the history of the organization. He has touched over 500 lives, giving people the chance to meet their hero for one unforgettable memory when things are at their toughest.

There is no fan John Cena won't go the extra mile for, and that's what makes him the greatest hero of them all.