The NFL Draft is the start of many athletes' careers but, for some, it's the beginning of unmet expectations. There have been many busts in league history, and we at The Tylt want to know who you think was the biggest one! In this matchup, we have Ryan Leaf and Charles Rogers. Ryan Leaf was taken just after Peyton Manning in 1998 and only lasted four years in the NFL. Charles Rogers was drafted No. 2 overall in 2003, but lasted only three years in pro football. Who was the bigger bust? 🏈

The NFL is usually a place where dreams come true. However, once the dream fades and reality comes into focus, many NFL players can't deliver on the expectations experts put on them. Whether it is cracking under the pressure, injury problems and just plain bad play, some high NFL draft picks wash out of the league unceremoniously. With the NFL Draft upon us, we at The Tylt want to know who you think the biggest bust was in league history. Let your voice be heard!

Don't forget to vote in our other debates! 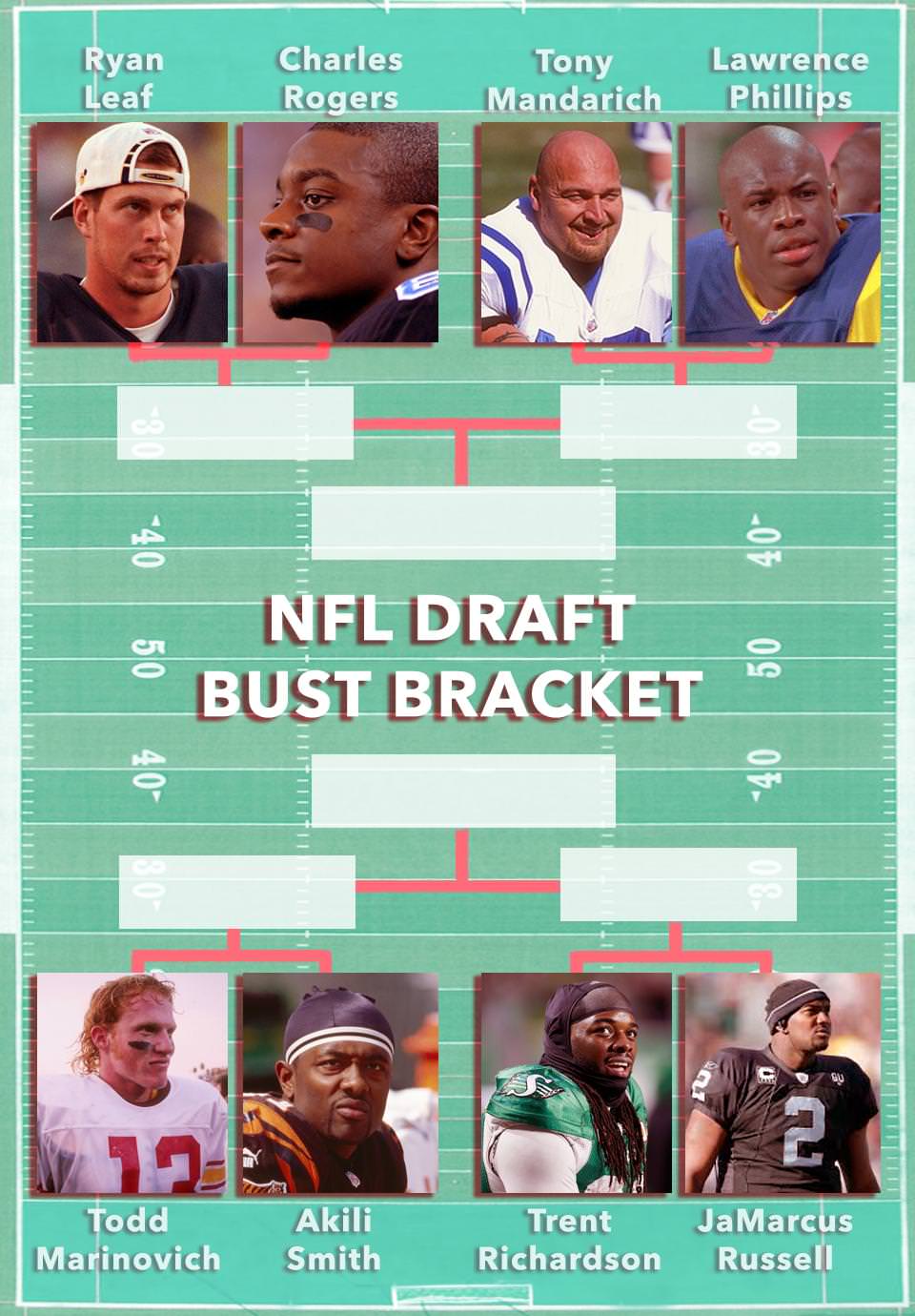 People legitimately thought Leaf was going to be as good, if not better than Peyton Manning. That was a thing in 1998. Obviously, Leaf's career went a little differently.

Here is James Parziale of Fox Sports with more on why Ryan Leaf is the NFL's biggest bust:

Remember when there was a debate about him or Peyton Manning? It didn’t take long for the Chargers and everyone else to see Leaf had flamed out. He went 3-6 in 1998, throwing two TD passes and 15 interceptions. His highlight reel consisted of a shouting match with a reporter. He missed the 1999 season with a labrum tear. In 2000, he played in 11 games, throwing 11 touchdowns and 18 picks.

It looked like Charles Rogers was going to be the next star wideout in the league. But problems with focus, injuries and drug issues ended any hope for what was supposed to be a promising career.

Here is Andrew Garda of Bleacher Report with more:

In the first two years of his career, Rogers broke his collarbone twice. Both times he was expected to come back in a big way but both times he seemed unable to turn on the talent many had fallen in love with at Michigan State.There were concerns about his work ethic and mentality as well which only intensified when he was suspended for four games in 2005 for failing a third drug test. The Detroit Free Press would soon after report that he failed a drug test ever single year he was at Michigan State.Later the team would sue him to regain $8.5 million they considered lost due to his many injuries and drug issues.