NCAA's Best College Fan Base: Alabama or Michigan? | The Tylt

Some of the best young athletes show off their skills in college football, but it's the fans who make the NCAA one of the most exciting sports to be part of. But which fan base is the best? This matchup features the Alabama Crimson Tide and Michigan Wolverines. Alabama has thousands of superfans who only grow in strength with every national championship they win. Michigan fills the largest football stadium in the country with a sea of blue and maize every Saturday. Who is the best 12th man? 🏈

Here, we have the Alabama Crimson Tide vs. Michigan Wolverines. Alabama rolled through hated rival Auburn in its first-round matchup with 79.9 percent of the vote. The Crimson Tide destroyed the LSU Tigers getting 86.4 percent of votes in their debate to reach the semifinal round.

Don't forget to vote in our other battle below! 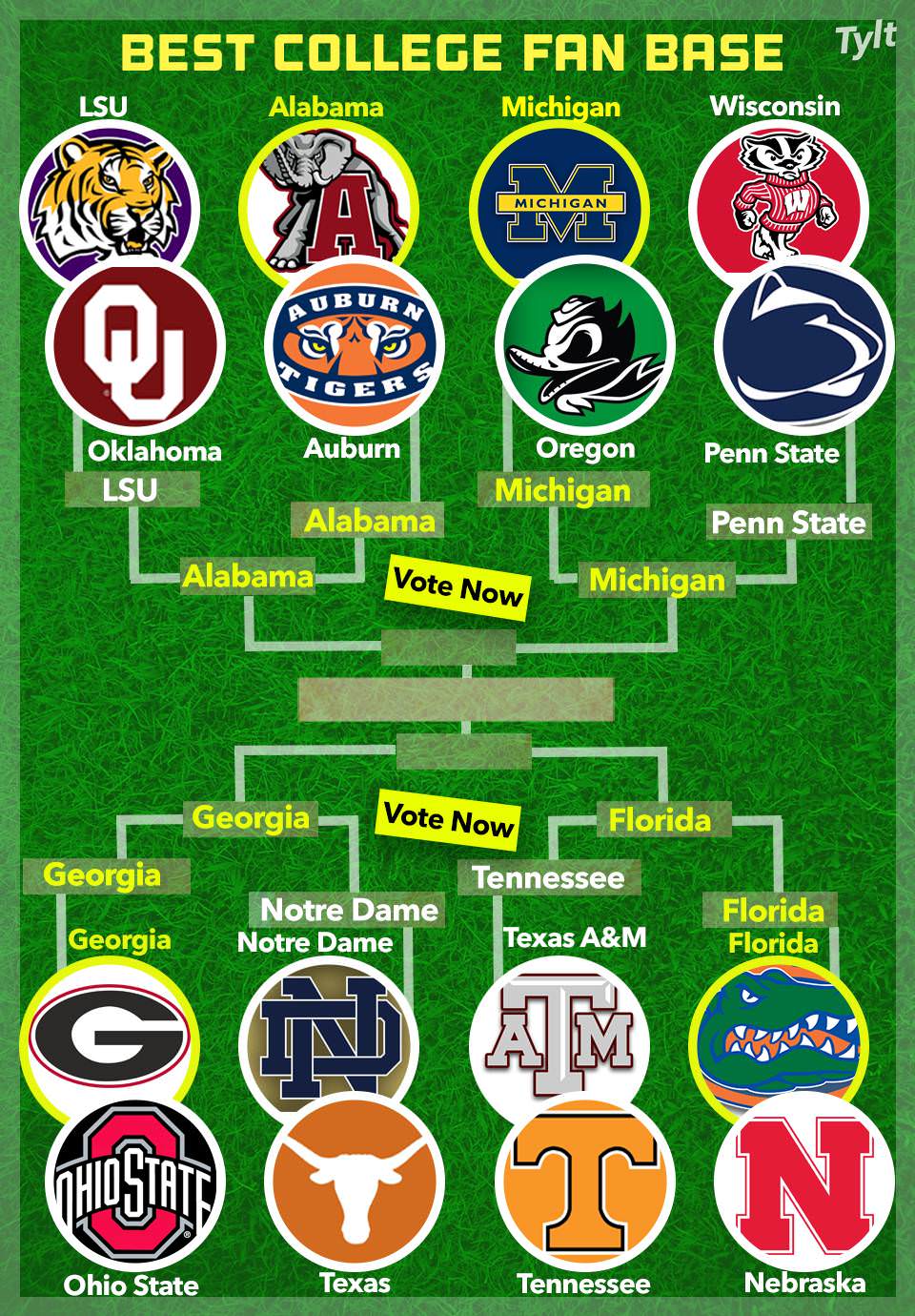