NCAA's Best College Fan Base: Alabama or LSU? | The Tylt

Some of the best young athletes show off their skills in college football, but it's the fans who make the NCAA one of the most exciting sports to be part of. But which fan base is the best? This matchup features the Alabama Crimson Tide and LSU Tigers. Alabama has thousands of superfans who only grow in strength with every national championship they win. The LSU Tigers are known for their Cajun tailgate spread and ridiculously loud fans. Who is the best 12th man? 🏈

Here, we have the Alabama Crimson Tide vs. LSU Tigers. Alabama rolled through hated rival Auburn in its first-round matchup with 79.9 percent of the vote. LSU topped Oklahoma after an up and down battle with 79 percent of the vote to advance to the second round. Who will make it to the final four? 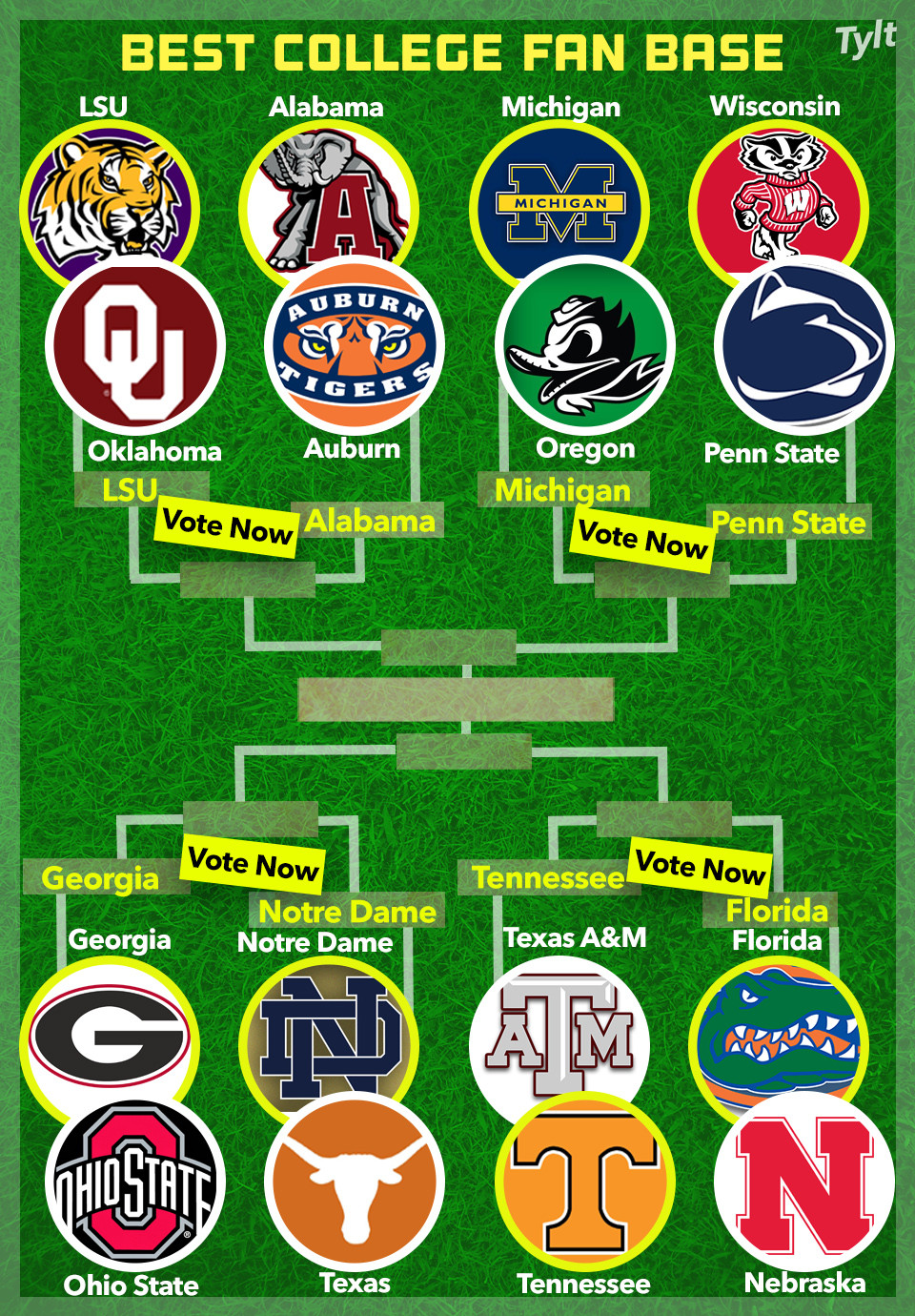 Welcome to Death Valley. The day might start innocently enough with Tiger fans luring opponents in with some of the best food Louisiana has to offer. But when you enter the stadium, you are greeted with a stadium filled with the loudest fans you'll ever meet.

This isn't anything new for LSU. They have been known as one of the most raucous fans bases in the country for a while now. Even legendary Alabama head coach Bear Bryant acknowledged how difficult it is to play in Death Valley:

Baton Rouge happens to be the worst place in the world for a visiting team. It’s like being inside a drum.

Which 2020 Grammys snub hurt you the most: Lana Del Rey or Ariana Grande?
Entertainment

Do the Grammys really matter?
Entertainment

Megan J. Nash from 'Love After Lockup' Shares All!
Sports

Should Kobe Bryant's 24 be retired across the NBA?
VIEW ALL