The NBA is back and this year's batch of players look to become legends of the game. While many athletes say they are the best players to come through the league, few players truly reach such heights. That's why we want to know who you think is the G.O.A.T. In this matchup, we have Kareem Abdul-Jabbar versus Magic Johnson. Abdul-Jabbar has scored the most points in NBA history. Johnson lit the league up with unreal vision and clutch play. Who is the 🐐? 🏀

Stars fade but legends live forever. While there have been NBA players who have performed well in the league, there are few superstars who truly defined the game with their style, unequaled work ethic, and unstoppable skills. The Tylt knows you have your favorite players, but we want to know who you think is the greatest player ever. Click on the bracket to vote on the other debates in his bracket! 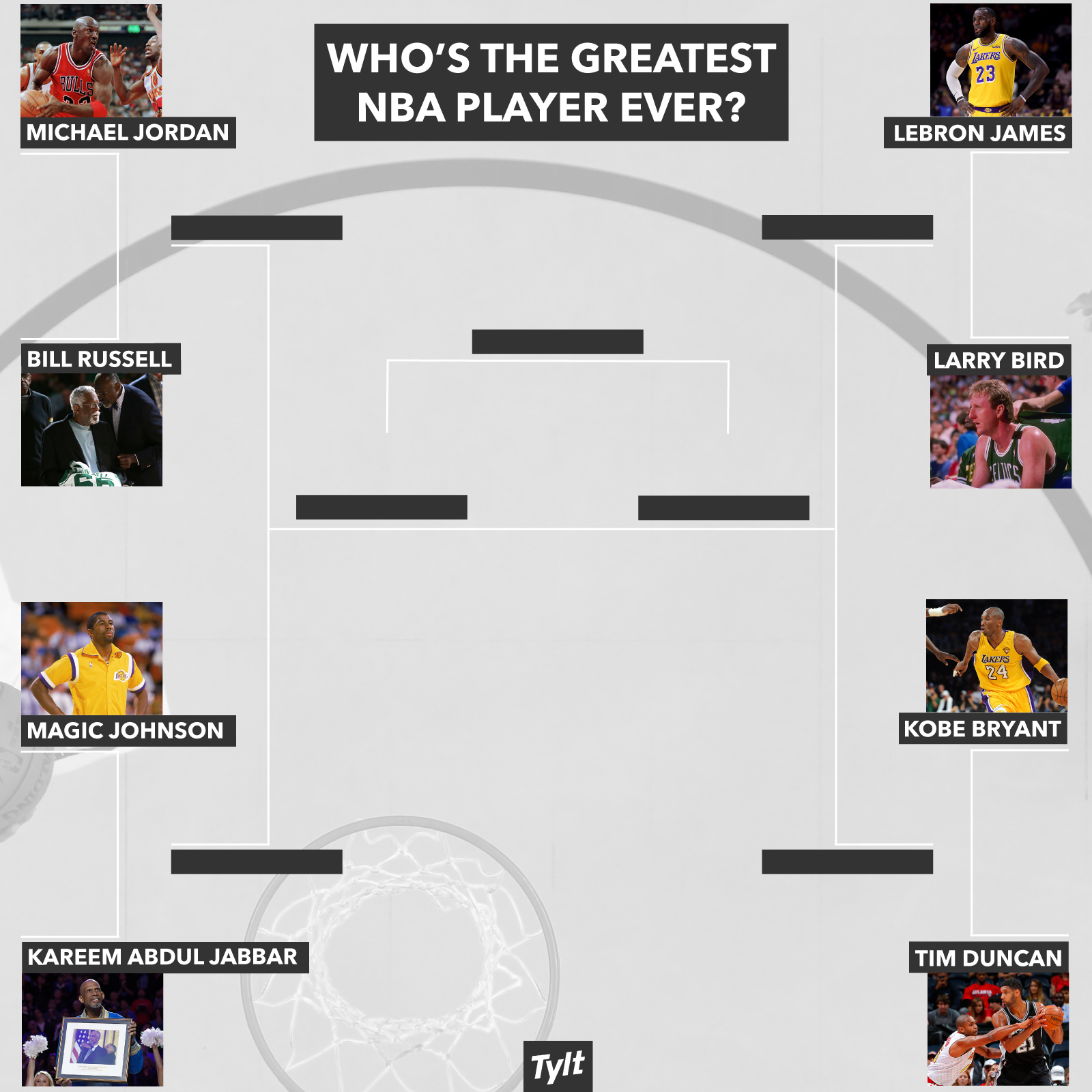 "Unguardable" gets thrown around a lot but there was no one who proved it quite like Kareem Abdul-Jabbar.

It's hard to be underrated as a 7'2" scoring machine, but Abdul-Jabbar rarely gets mentioned amongst the game's greatest—despite winning six championships and scoring the most career points in NBA history.

The man formerly known as Lew Alcindor could break opponents in so many ways, but his signature hook shot is still known as the most unguardable shot to ever be used on the court. In college, they actually had to ban dunking because Abdul-Jabbar was so dominant. He deserves to be called the greatest NBA player ever.

Sure, Abdul-Jabbar scored a lot of points, but for 10 of those years, a lot of baskets could be attributed to the Magic man. Johnson had flash and style but it was backed up with substance and a crazy desire to win. No one took a mental snapshot of the court like the Michigan State alum who made pinpoint passes without even having to look at the target. And when the team needed a bucket, he wasn't afraid to take the team on his back to hit a big shot.

Johnson huge smile made fans at ease, but behind those chicklets was a sinister competitor who would do anything to make sure his opponents left the arena with their spirits broken. SPORTS
Who would win 1-on-1: Kareem Abdul-Jabbar or Shaquille O'Neal?
VIEW ALL