Fight songs are ingrained in the identity of every NCAA college. The bang of the drums and the united sound of the band get fans ready for battle. We at The Tylt want to know which one you think is the best! In this matchup, we have Michigan's "The Victors" against Tennessee's "Rocky Top." Michigan's fight song is considered one of the first significant fight songs. "Rocky Top" isn't the official fight song of the Volunteers, but it is the song most associated with the school. Which one is better? 📣

These are the melodic battle cries college teams have used to rally their fans and pump up their athletes. Fans may come from different areas or grown up in different eras, but one of the things that unite them is when they sing that familiar song that reminds them of the school they love so much. We at the Tylt want to know which fight song is the best in the country. In this matchup, Michigan's "The Victors" faces off against Tennessee's "Rocky Top."

Michigan defeated USC in a close first round where the "The Victors" finished with 54.4 percent of the vote. Tennessee scored an easy win over Texas, dominating its first round battle with 84.6 percent of voters siding with "Rocky Top." Who will make it to the championship round?

Don't forget to check out the other matchup! 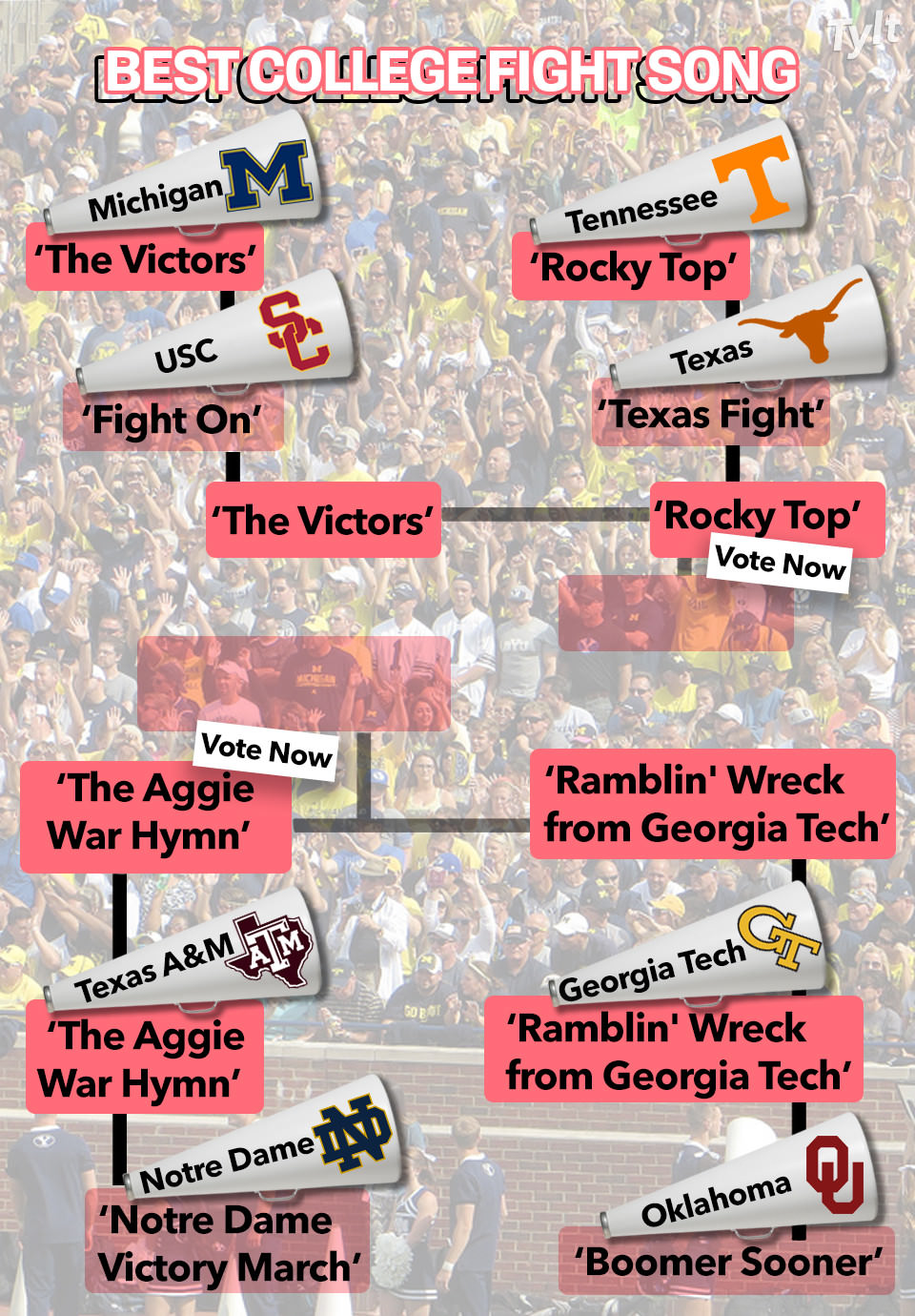 "The Victors" was written in 1898 by a music student at the university after the football team's last-minute win against rival Chicago. The song was first played to the public in Ann Arbor by a band conducted by John Philip Sousa, who would later call it the "best college march ever written" according to the University of Michigan.

Here are some lyrics from "The Victors."

While it isn't Tennessee's official fight song, no Volunteers fan will sing any song louder than "Rocky Top." Originally written by Felice and Boudleaux Bryant, and performed by the Osbourne Brothers, Tennessee adopted the song in 1972 and it's been a staple at every game since.

Here are some lyrics from the song: