Who gave the best political rant of 2017: John Oliver or Bill Maher? | The Tylt

Who gave the best political rant of 2017: John Oliver or Bill Maher?

The rise of the internet saw the advent of the viral political rant, and 2017 may have been the best year yet for political commentators to unleash their fury. As the year comes to an end, we want Tylters to decide who had the best take down of them all. In only four seasons of his HBO show Last Week Tonight, John Oliver has quickly risen to the top of the politirage game. But veteran politico Bill Maher is still eviscerating critics on HBO's Real Time. Who's your favorite? 🗣 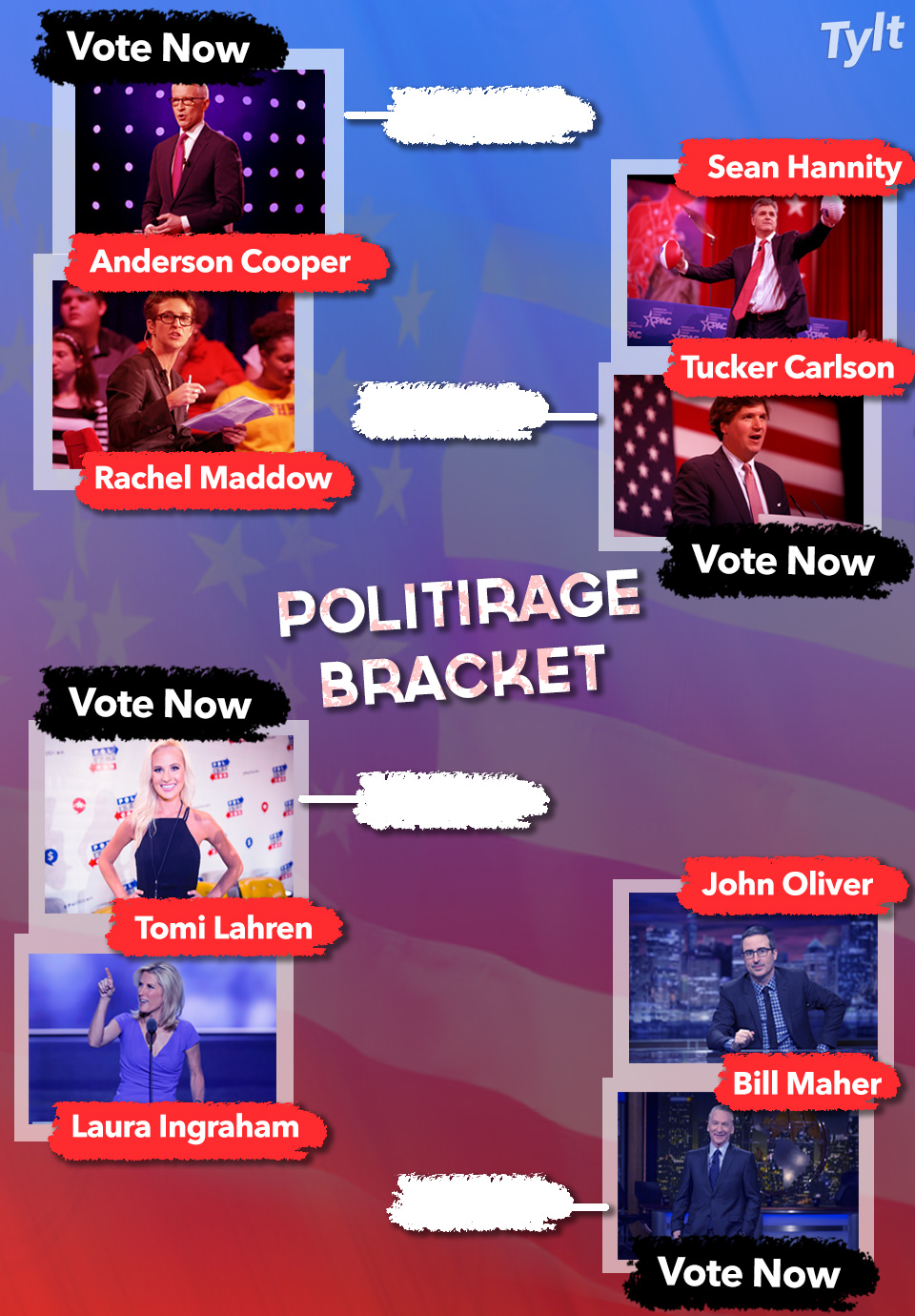 Oliver got his big break when he joined The Daily Show in 2006 as Jon Stewart's main sidekick, co-writer and Senior British Correspondent. In 2014, HBO launched the first season of Last Week Tonight, and Oliver quickly surged to the forefront of political satire for his epic monologues covering everything from the death penalty to net neutrality to FIFA.

And John Oliver did not disappoint. He opened his fourth season with a scathing takedown of President Trump's complicated relationship with the truth and "the concept of reality itself."

Vote on our other matchups!

But political satirist and HBO veteran Bill Maher has also had a stellar year. His show Real Time with Bill Maher has consistently been the highest-watched Friday cable show, averaging around 1.9 million viewers each week, according to The Nielsen Company.

After ABC cancelled Politically Incorrect in 2002 over Maher's controversial comments about 9/11, Maher was given the opportunity to host, co-produce and co-write for Real Time on HBO in 2003. Known for throwing punches at both sides, and welcoming controversial figures like Milo Yiannopoulos and Julian Assange on his show, Maher has never been afraid to go where other hosts won't.

Maher did find himself in hot water when he dropped the n-word on his show earlier this year, but soon apologized and took a beating from Ice Cube and Michael Eric Tyson the next week. Love him or hate him, Maher is certainly not afraid of the lion's den.

While Maher spends a majority of his time ripping into President Trump and Republicans, one of his greatest rants of 2017 was aimed at liberals who deemed Hillary Clinton "the lesser of two evils."

"One hundred days, it's such an arbitrary number... [but] I will say this about a hundred days. It does give us enough evidence to ask those liberals who couldn't bring themselves to vote for Hillary because she was the lesser of two evils... quite a bit lesser, wouldn't you say now? And no, this isn't about reliving the last election or about my great love for Hillary which never was, it's about winning the next election. And that begins with learning the difference between an imperfect friend and a deadly enemy."