5 Seconds of Summer's 5SOSFam and Why Don't We's Limelights eliminated the competition in the first two rounds of our Ultimate Band Stans bracket. Now, the fandoms are going head-to-head in the semi-finals for the ultimate title. The Limelights got Why Don't We to step out into their own light, while 5SOS recently dropped a chart-topping third album "Youngblood" and the group's successful grand return is all thanks to the 5SOSFam. Which fan army is the most mobilized? 📣

In the semi-finals—it's Harmonizers versus Coders, and Limelights versus 5SOSFam. Who reps their favorite pop group or band the hardest? 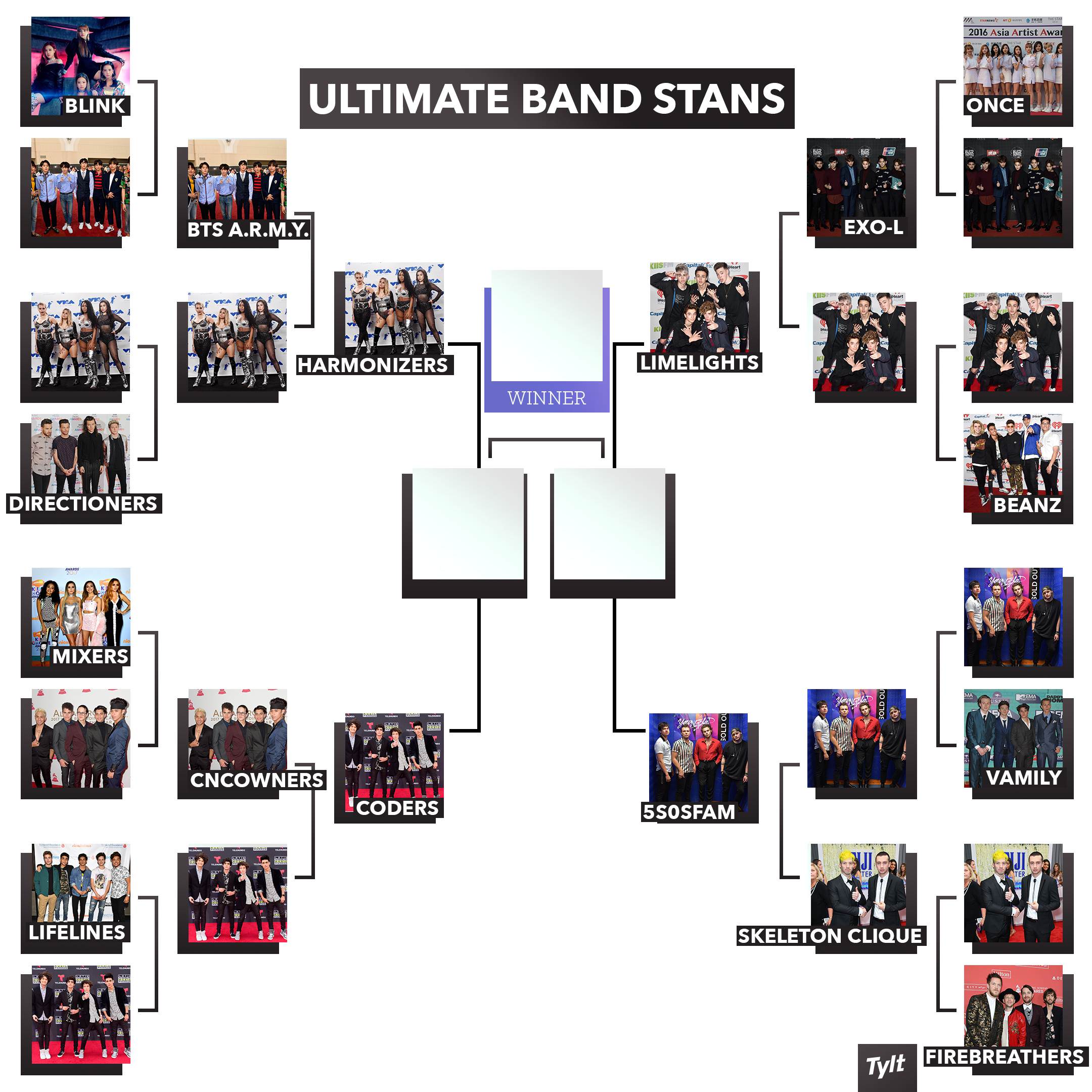 #VoteLimelights as Ultimate Band Stans because the fandom has helped Why Don't We step out into the limelight.

#Vote5SOSFam as Ultimate Band Stans, because 5 Seconds of Summer's fans supported the group's epic grand return by taking 5SOS straight to the top of the albums charts in the U.S. and Australia.