"The Real Housewives of New York" and "The Real Housewives of New Jersey" definitely represent for the Tri-State area. Both casts are notorious and feature some of the franchise's top queens. "RHONY" premiered in 2008, and "RHONJ" followed in 2009. "RHONY" holds vets like Bethenny Frankel and Carole Radziwill, while Teresa Giudice and Dolores Catania reign over the NJ cast. Both casts gave us some of the most iconic moments in the franchise. Which series is your favorite? 🍑📺

"The Real Housewives" franchise has been serving us the best drama for years. Bravo continues to deliver iconic moments and introduce fans to new housewives you all can obsess over. Now, The Tylt wants YOU to vote on which group of housewives reign supreme. Which "Real Housewives" series is your favorite?

Don't forget to click our bracket map to vote on the rest of the "Real Housewives" debates below: 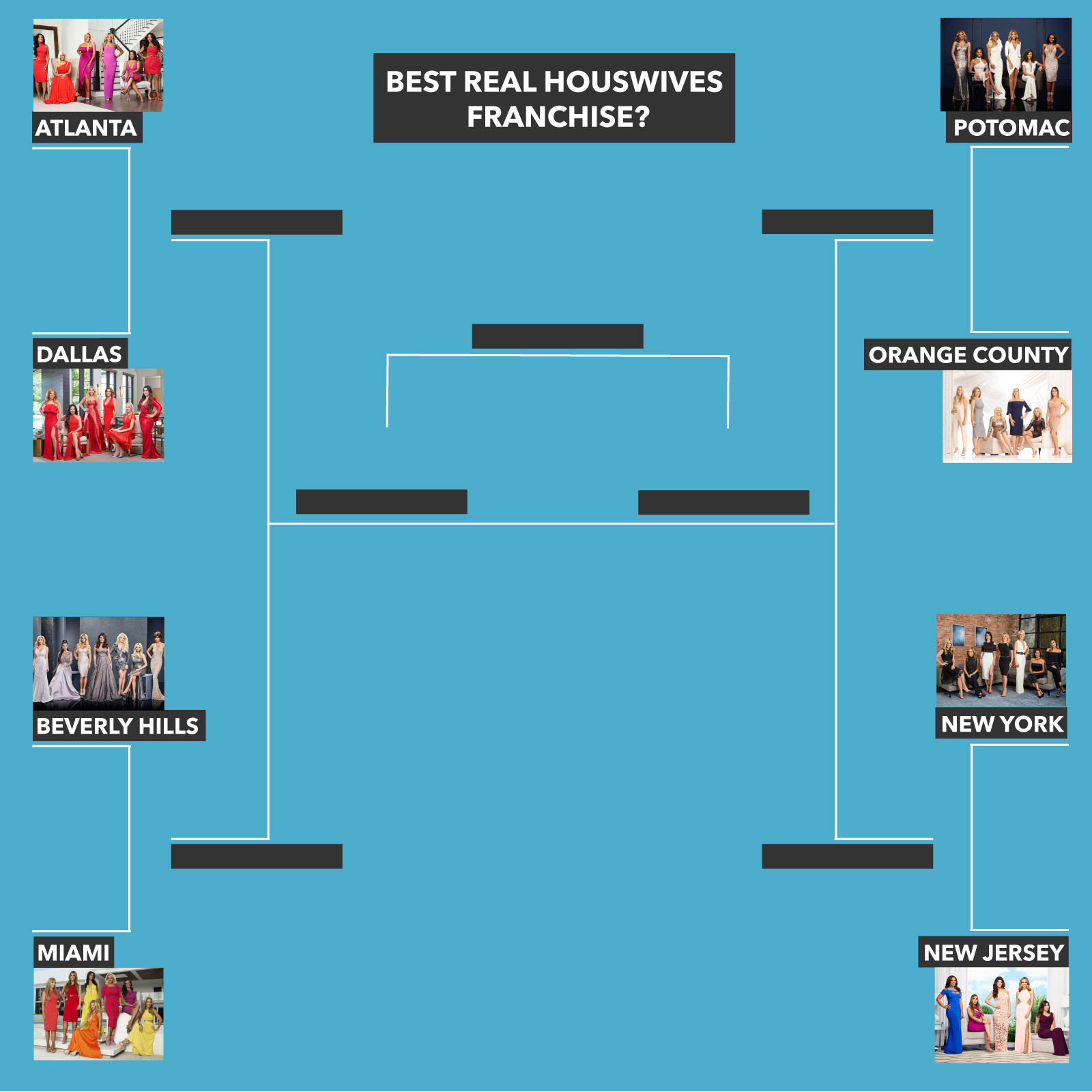 Bethenny Frankel is one of the most recognizable faces on the "Real Housewives" franchise. Check out some of her funniest moments with the rest of the cast below.

Do you remember the time Teresa Giudice called Danielle Staub a "prostitution whore" and flipped the table on her? Well, it probably wasn't one of Giudice's proudest moments, but it made for great TV. Check it out below.