2019 has no shortage of epic pop collaborations, but Ed Sheeran with Justin Bieber and Shawn Mendes with Camila Cabello both stand above the rest. Mendes and Cabello are having a Hot Couple Summer with their smash "Señorita," which has peaked at #2 on the Billboard Hot 100, so far. Sheeran and Bieber are definitely pop buddies. They also scored a mega hit with "I Don't Care," peaking at #2 on the Hot 100. Which single should be crowned the Song of the Summer? 🎤🏖️

Real-time Voting
2019 Song of the Summer: ‘I Don’t Care’ or ‘Señorita’?
#VoteIDontCare
#VoteSenorita

Ah, it's summer—the time of the year when the weather is hot, ACs are blowing, the grills are fired up, people are wearing short shorts and tank tops, and folks are chilling at the beach. But it's also the time of the year when music is heating up, and we jam out all summer long to the hottest bangers out. So, the Tylt is celebrating the season with our picks for the coveted title of "Song of the Summer." Between now and mid-September, we are asking you to predict which smash should be crowned the Song of the Summer in our bracket.

Don't forget to click on the image map and cast your vote for the rest our "Song of the Summer" debates below: 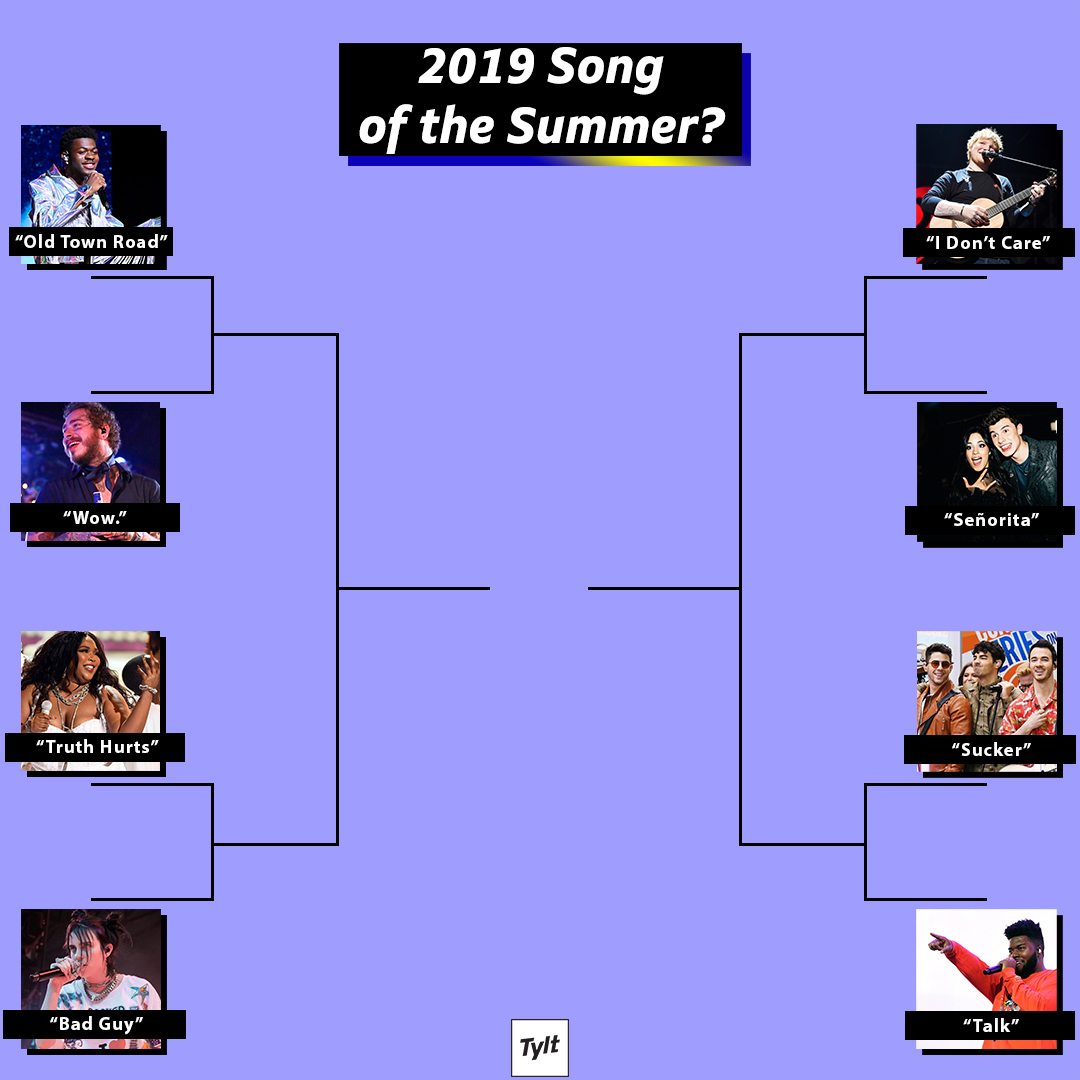 Watch the music video to Ed Sheeran and Justin Bieber's "I Don't Care" below.

Check out the music video to Shawn Mendes and Camila Cabello's "Señorita" below.

https://www.youtube.com/watch?v=Pkh8UtuejGw
FINAL RESULTS
Entertainment
2019 Song of the Summer: ‘I Don’t Care’ or ‘Señorita’? ENTERTAINMENT
Song of the Summer: 'Despacito' or 'Stay'?