It's October and that means it's time to resurrect our annual Monster Madness bracket! In this match, we've got a battle of two Stephen King greats—Carrie White vs. Pennywise. Carrie White, an abused teen who discovers she has telekinetic powers, which she uses to reap her revenge, faces off against an interdimensional evil taking the form of a clown that feeds off the fear of children. Which movie monster is scarier? 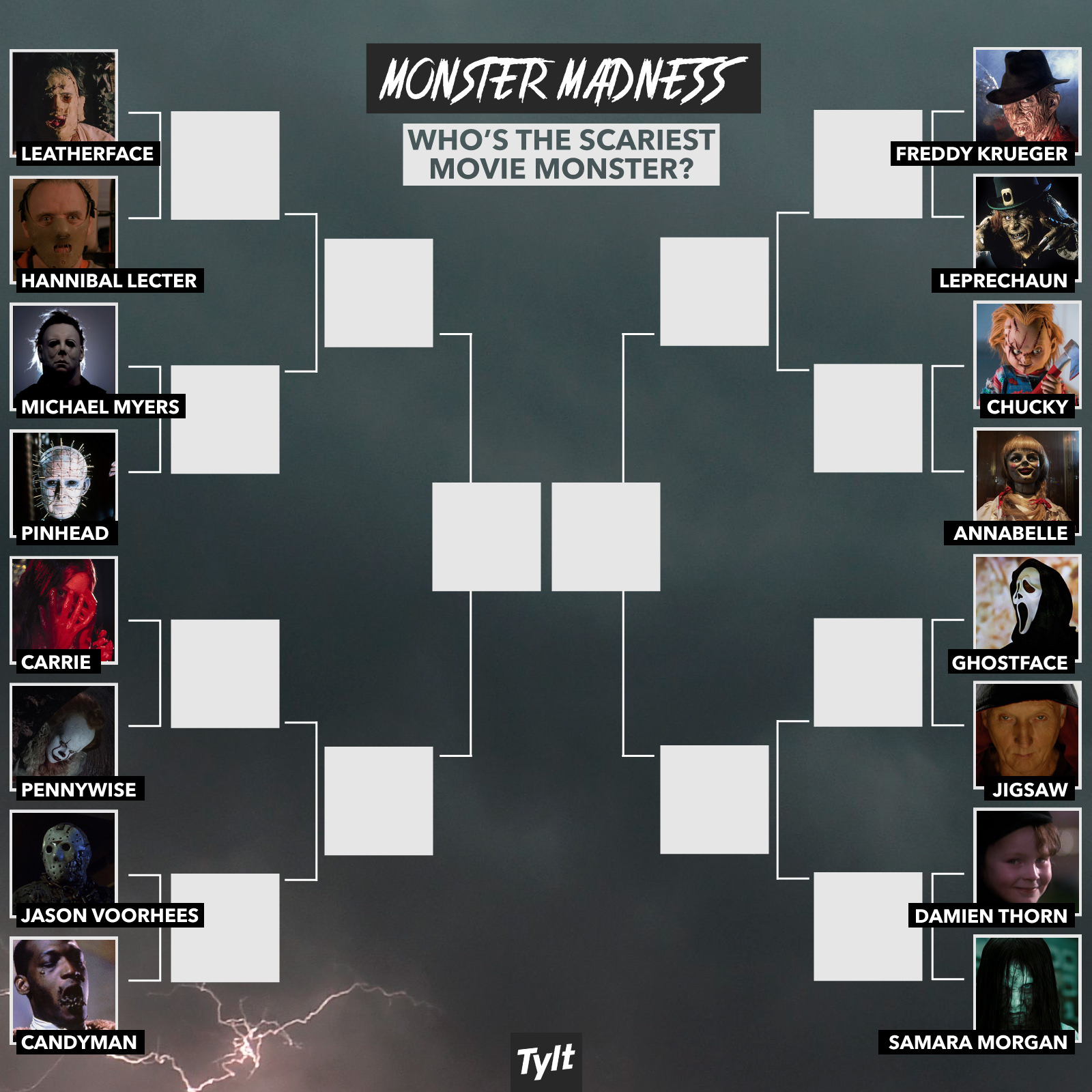 Carrie White's probably the most sympathetic monster we've got in this year's bracket. Abused by her religious fanatic mother and tormented by her classmates, she just wants to go to the big dance with a cute boy. Yeah, she's a little strange, but the fact that she didn't know what her period was is much more a failing of Chamberlain, Maine school district than of Carrie herself!

After getting her period, Carrie begins to realize she's got powers—she shatters a light bulb, slams some doors. But her full power doesn't bloom until she's under duress. After winning prom queen—in a rigged election—Carrie's jerky classmates dump a bucket of pig's blood on her head, and she goes berserk. She locks the doors and sets the school gym on fire, massacring her entire school, before returning home to dispatch with her mother as well.

Poor Carrie doesn't make it through her first film, dying in a house fire with her mother. But audiences couldn't get enough of her. There have been three screen adaptations of Carrie, a musical and an homage on the hit show "Riverdale."

Watch Carrie White's crowning achievement turn to a nightmarein the clip below.

Going up against sweet little Carrie White is interdimensional evil being, Pennywise the Clown, also known as It. It crash landed in what is currently known as Derry, Maine eons ago, poisoning the town for all eternity. It takes the form that most scares It's victim, but It's favorite form is the malevolent clown, Pennywise. Pennywise has haunted Derry throughout history, responsible for several natural disasters and horrible massacres within the town's limits. Pennywise stirs the townspeople into violent frenzies and feeds off the chaos.

Pennywise, though, is ultimately defeated by a group of kids he tormented in their youth. Through a convoluted ritual involving biting Pennywise's tongue and enlisting the help of a psychedelic space turtle—for real–the kids of Derry beat the clown and free themselves of the curse.

Stephen King based the fictional town of Derry off his real hometown of Bangor, Maine, even going so far as to incorporate some real local tragedies in the book. In that way, Pennywise is not just some metaphysical evil, he's the embodiment of the violence that lurks underneath small towns across America. And isn't that more frightening than any movie monster?

The most recent version of "It" grossed over $700 million globally worldwide and the sequel is set to creep into theaters in 2019.

Pennywise lurks in the sewer system of Derry, Maine, preying on the town's children,as you can see in the trailer below. ENTERTAINMENT
Michael Myers vs. Pennywise: Which movie monster is scary enough to defeat Chucky?
VIEW ALL